Video-on-demand (VoD) services remain somewhat fragmented in Europe, but Based on the categorization of on-demand audiovisual services by the Below is the number of studies show that the VoD Europe market is on its way to becoming more profitable in the following years as the market matures. MAVISE database — the Database on TV and on-demand audiovisual services and companies in Europe, — the VoD Europe services by country of establishment and genre (data by MAVISE/OBS, chart excerpted from the European Commission’s study The Development of the European Market for on-demand Audiovisual Services ). VoD European market summarizes 2.563 services, as of December 2014. 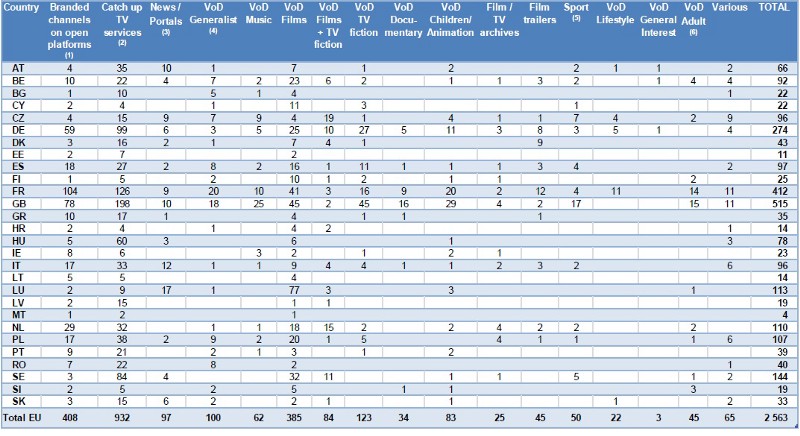